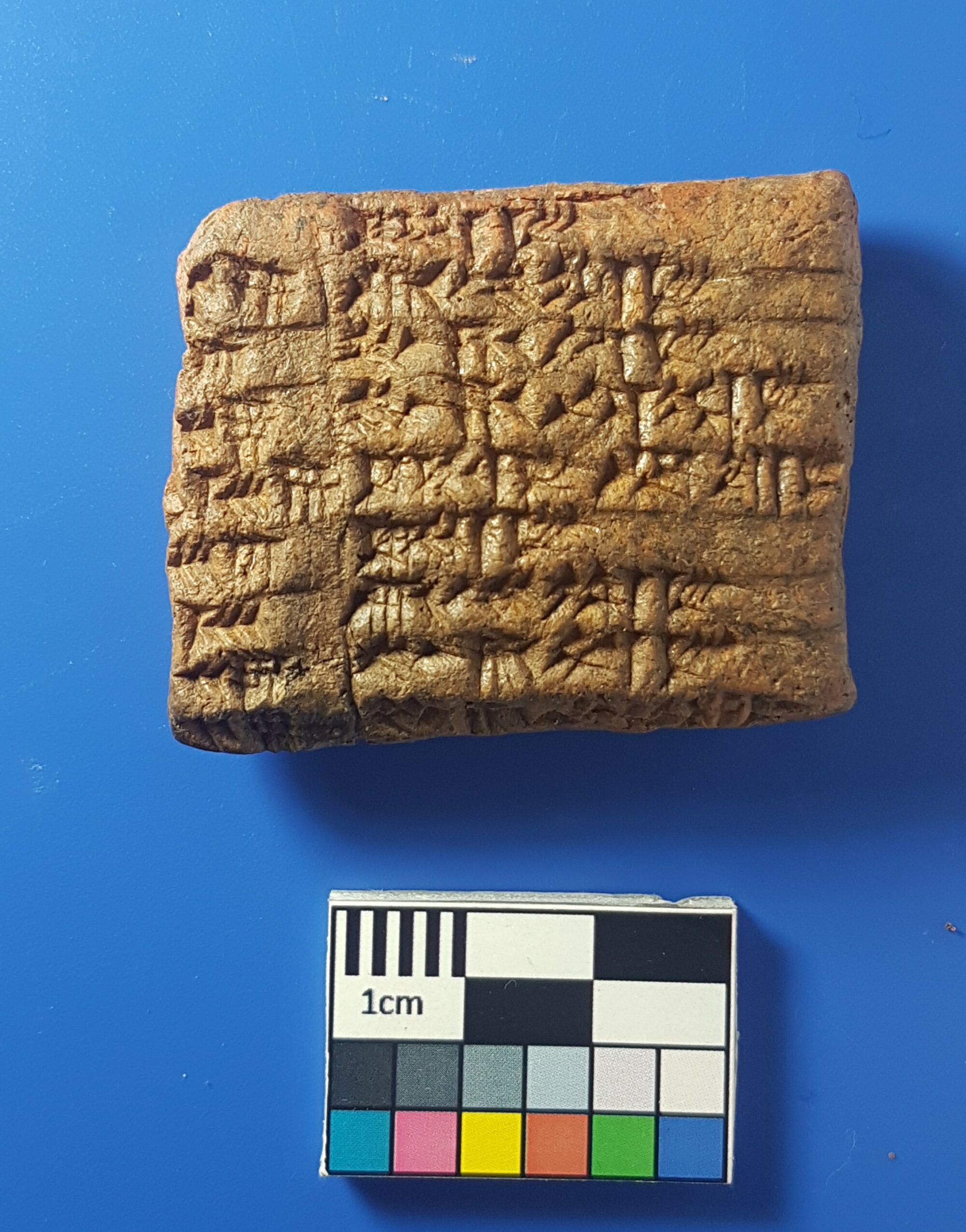 A new Elamite Archive from Goshtaspi: Agricultural Administration in the late Middle-Elamite Kingdom (around 1100 BCE)

In 2009, about forty clay tablets inscribed with cuneiform script were found in the village of Goshtaspi. The clay tablets date to about 1100 BCE and were written in Elamite, the script of ancient Elam. Elam extends from the lowlands of Khuzestan to the highlands of Fars. However, here in the Bakhtiari mountains – away from the centres – written documents were not expected.

The clay tablets are the remains of an archive containing documents about barley and livestock as well as letters. Letters point to a node in the state communication. However, researchers have not yet considered
that fl ocks of sheep and cattle as well as the cultivation of grain were subject to a state organisation in Elam. Until now, it is generally assumed that cattle breeding was organised by smaller nomadic groups in the Zagros mountains.

According to one of the newly discovered clay tablets, the administration registered over 700 heads of cattle, which were kept in diff erent herds in a larger catchment area. This kind of management of agriculture can be considered a signifi cant risk management strategy since it facilitated the compensation of loss for individual herders or farmers. As is so often the case in the study of ancient cultures, chance discoveries lead to completely new insights into the past.