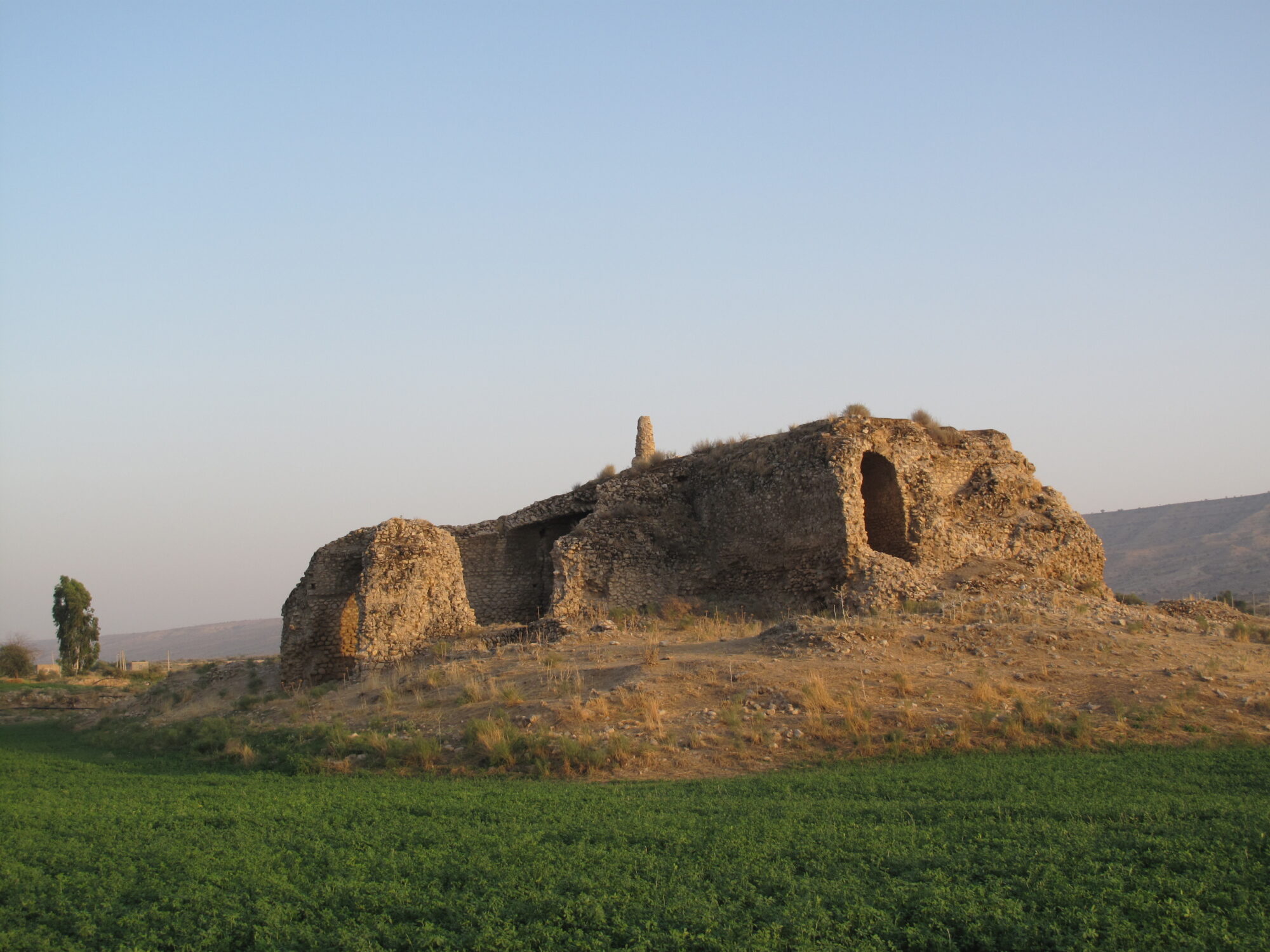 The slightly remote Bozpar valley is located in the Zagros mountains at the border of the present provinces
of Busheir and Fars. Nomads used this small valley for a long time. Due to its remoteness, the Bozpar valley has barely been studied. Only the tomb Gure Dokhtar is well known, which reproduces the famous 6th century BCE tomb of king Cyrus II – the founder of the Persian Empire.

Our study intends to analyse the longterm historical development of landuse, thus reconstructing the dynamics of ecological, social and economic change in the valley. To do so, we combine (geo) archaeological survey, geophysical research, architectural analysis and archaeological excavations.

Of particular interest are the ruins of the Late Sasanian and Early Islamic period (c. 6th – 8th cent. CE; c. 1st 3rd cent. Hijri), which probably include an extensive water harvesting system. Today, the walls of Kushke Ardashir still dominate the valley and are more than 7 m high. Further north, the ruins of Kushke Bala are partly preserved up to two stories.

Our working hypothesis is that Kushke Bala was a residence of landed gentry (Farsi: dehghan). In the late 6th cent. CE (c. 1st. cent. Hijri), the landed gentry became the backbone of the imperial administration. The accompanying social and political changes are currently only traceable in written sources. Our research in the Bozpar valley now off ers the opportunity to provide archaeological evidence of these social and political changes for the first time.