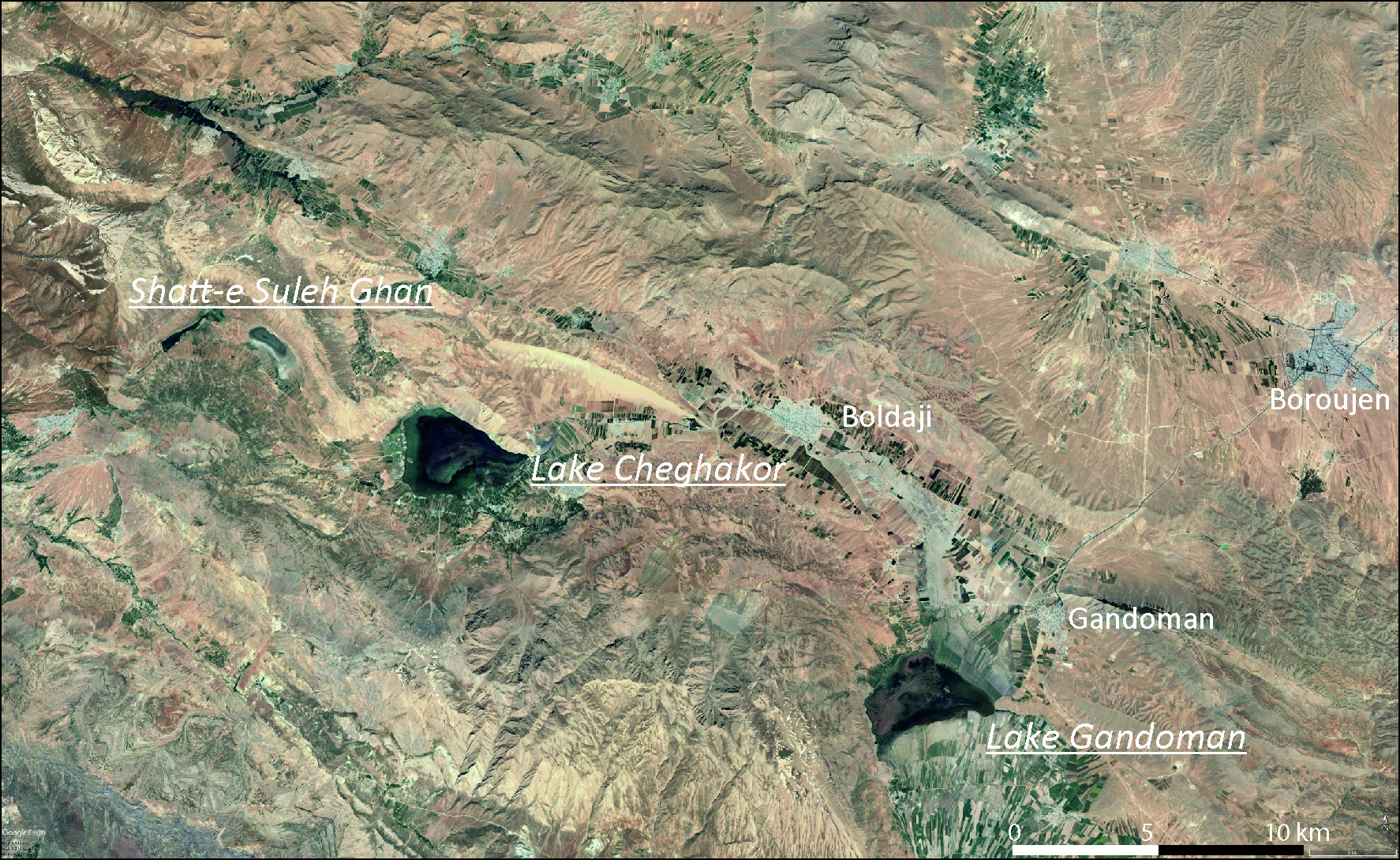 The Iranian highlands are dominated by different kinds of drylands, such as deserts and steppes. There are also open forests and grasslands in the mountain areas. In this environment, agriculture and nomadic livestock breeding of (pre)historic societies evolved. Research on paleoenvironmental archives such as lake sediments and speleothems gave evidence that these ecological systems have shifted in space and time due to past climate change.

The kind and timing of paleoenvironmental change is still a matter of dispute. In addition, questions arise with regard to how far highland societies react to such changes. Do societies retreat to climatically more favourable areas and abandon their settlements? Or do they adapt new techniques to overcome climate related shortage of resources? Finally, we can pose the question: to what degree highland societies affected paleoenvironments and caused shortage of resources themselves?

In our project, we will carry out detailed paleoenvironmental research to reconstruct climate change and its eff ect on dryland ecosystems in the Iranian highlands. We want to get a clear picture of man-environment-interactions in the Iranian highlands. Therefore, we employ multidisciplinary research methods. Sediment cores drilled in two periodically waterbearing lakes in the area of Gandoman and Gavkhouni will be our paleoenvironmental archives. By means of these drills, we aim to identify phases of climate change. Here we use high resolution analysis of sediment lithology and climate proxies such as pollen, botanical macro remains and gastropods. Finally, we will discuss the extent and drivers of paleoenvironmental change concerning possible effects on highland societies.